“Dialogue with Aphrodite” is a photographic, participatory art project celebrating the 200th anniversary (1820 – 2020) of the discovery of the sculpture of Aphrodite of Milos, one of the most important sculptures in the history of art.

On the occasion of the anniversary, the residents, after an open invitation from the photographer Mady Lykeridou intervened creatively in her works, using various forms of expression (texts, drawings, paintings, collages, etc.) thus presenting their personal relationship and position towards the statue of the goddess Aphrodite that has been in the Louvre museum for 199 years.

The project started in April and was completed in July 2020. During these four months and under the unprecedented conditions of the Covid-19 pandemic, permanent residents of the island aged five to eighty-seven years, expressed themselves on the actual works of the photographer creating new images with important messages. The result of this original project is the creative “heritage” of the sixteen unique participatory works of the inhabitants to Aphrodite but also to their common place of origin, the beautiful Milos island.

The photographer, as a permanent resident of the island, becomes through her work a bridge of communication between her fellow citizens and their own treasure in exile, their Aphrodite. The overall work does not simply stay within its aesthetic dimensions. It goes much further, to record the emotion of the participants triggered by each photo. Anticipation, sadness, optimism, eagerness, disappointment, hope for her coming back. Because the inhabitants of Milos are the first to have the right to speak, write, and create about Aphrodite. Even two hundred years later ..

The photographer Mady Lykeridou honours this right in her own creative way. She talks about her inspiration but also her experience of organising the project “Dialogue with Aphrodite” thus:

« I went to residents’ houses who wanted to participate. I left them the photo they chose together with a box full of paints, scissors and various materials. They had time to think and feel how to “communicate” with their Aphrodite… The next day I came back – all anxious – to pick up a different Aphrodite from the one that I left. A new Aphrodite. I also went to the shops, cafes, neighbourhoods of the island. There, the inhabitants worked more spontaneously…  they wrote what they felt on the spot. Some older people were returning the new Aphrodite to me, moved, but at the same time excited that they had their say on Aphrodite! » 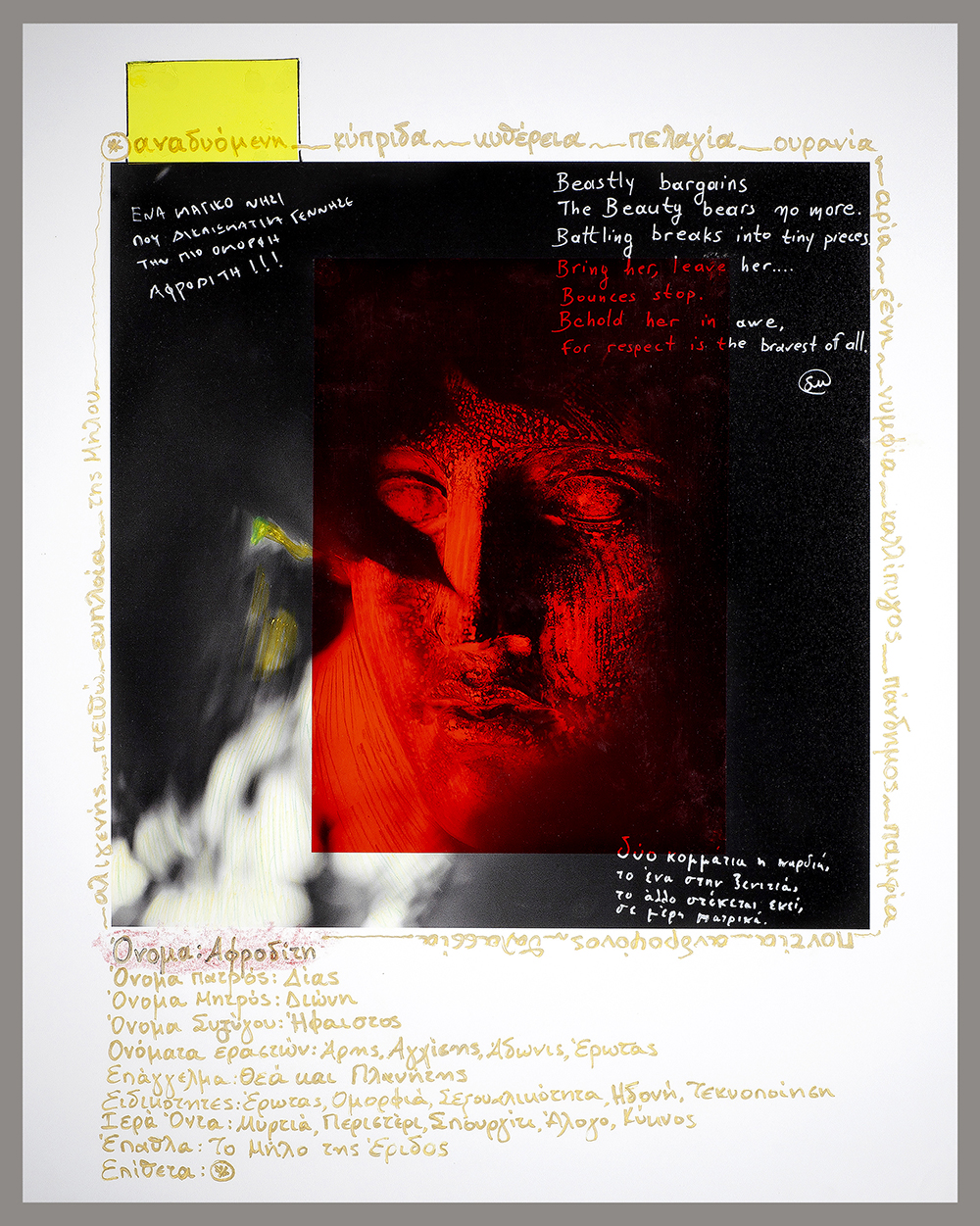 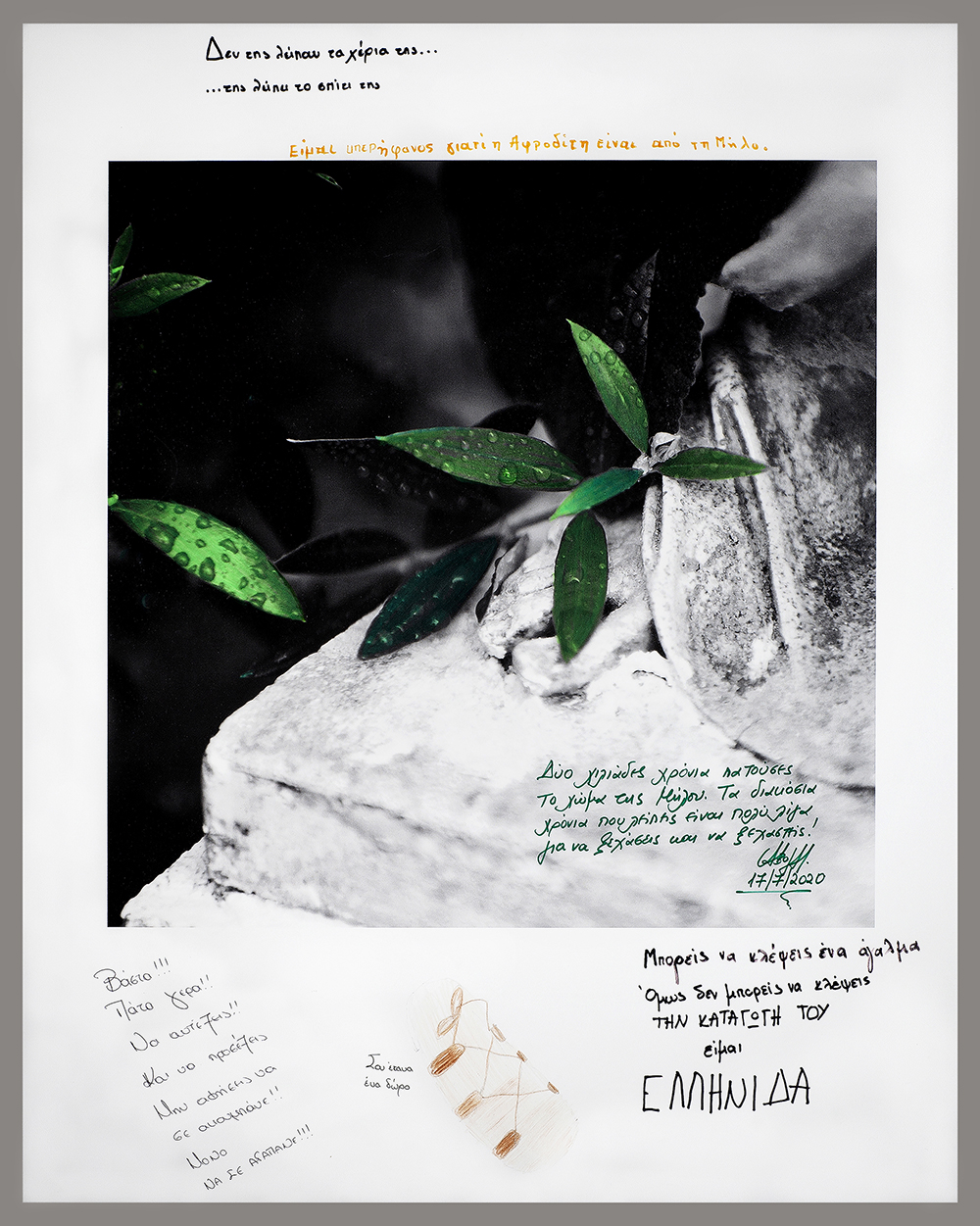 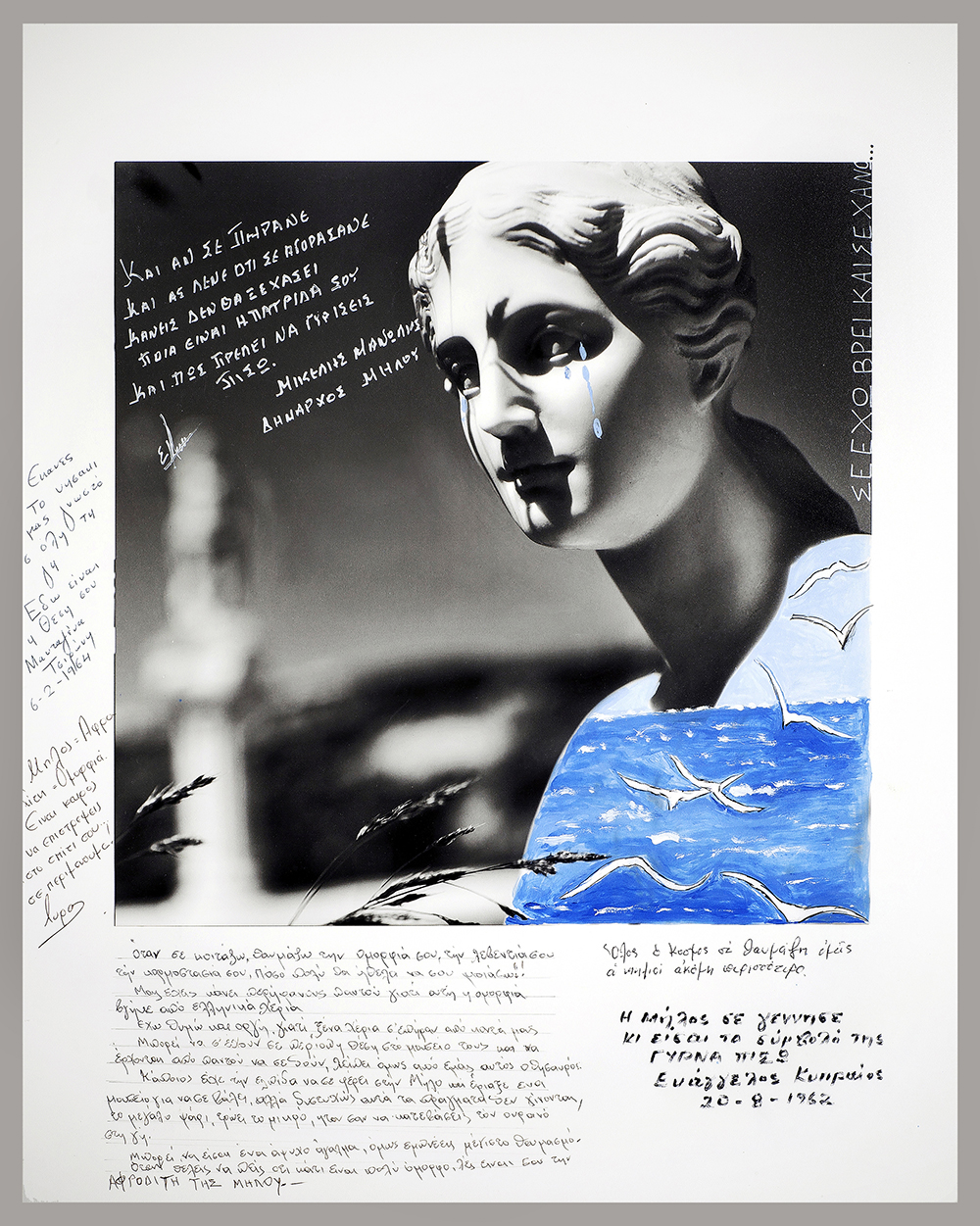 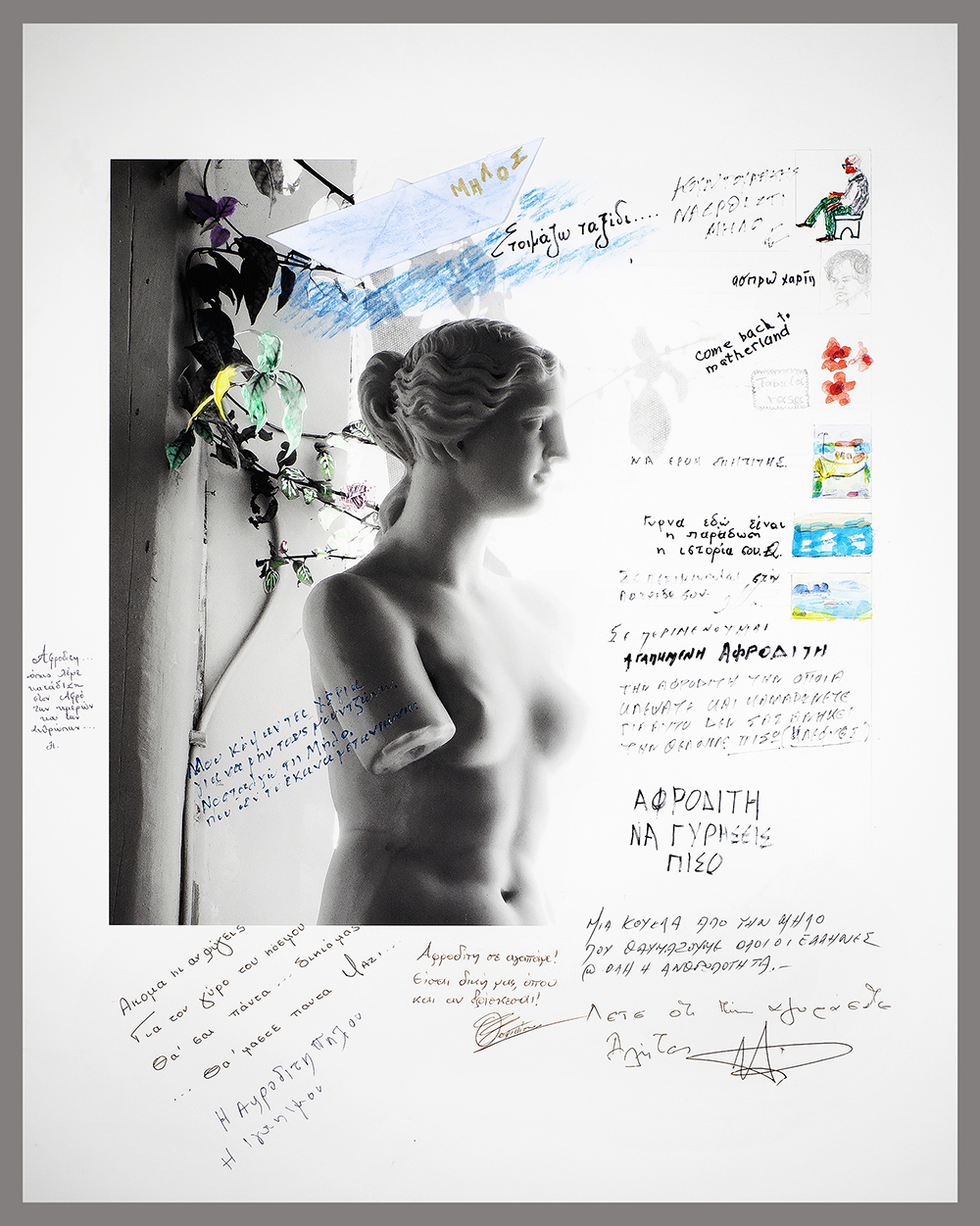 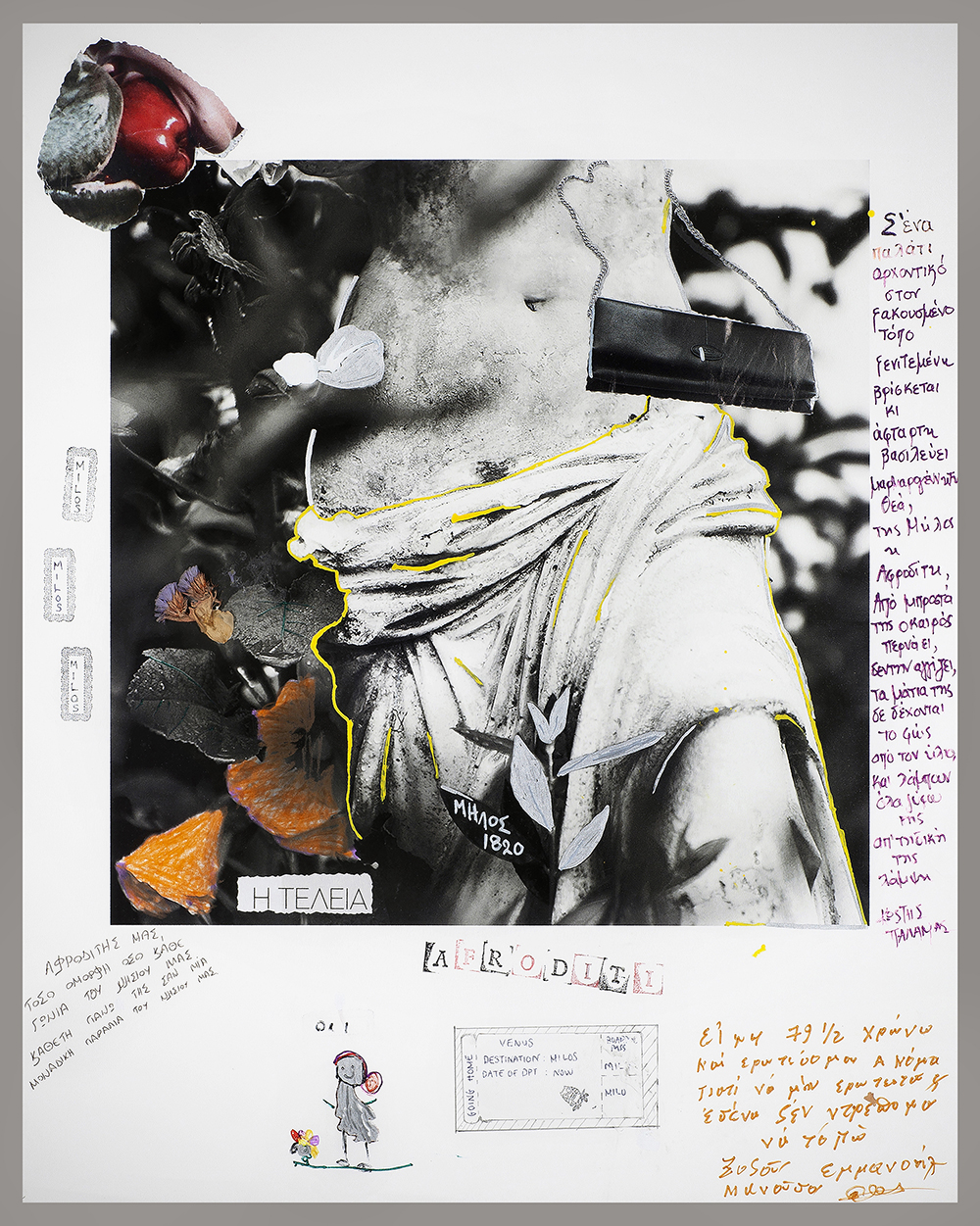 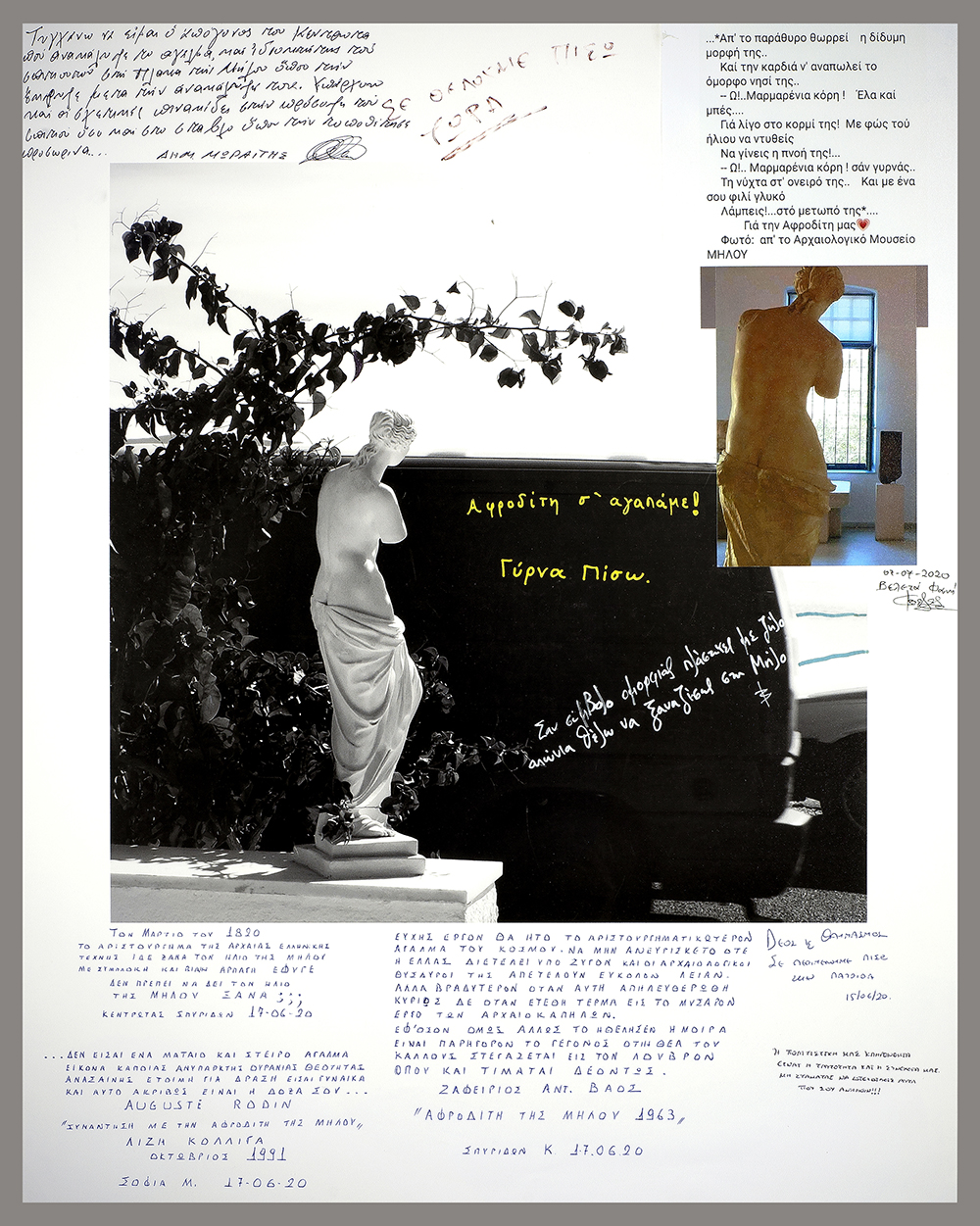 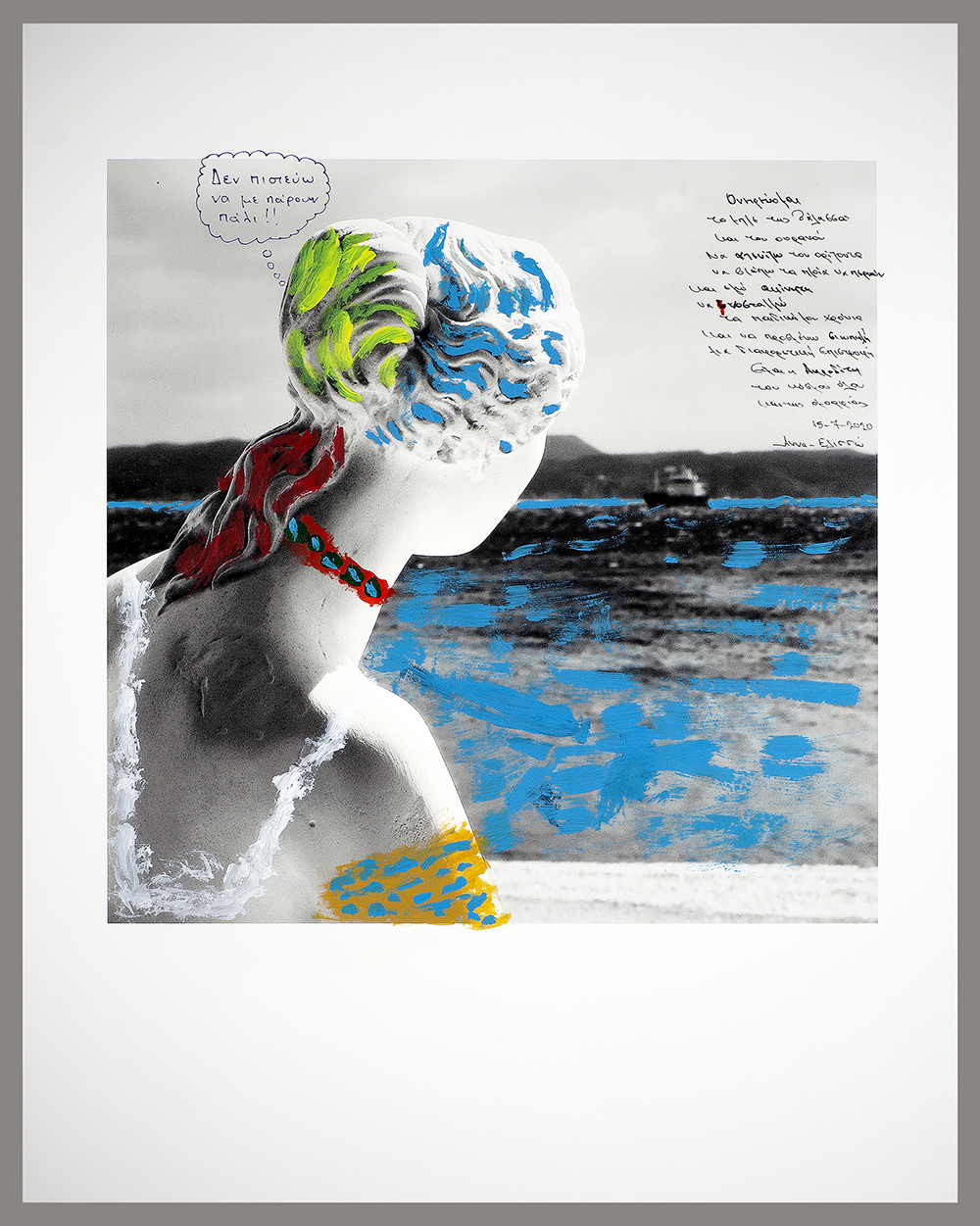 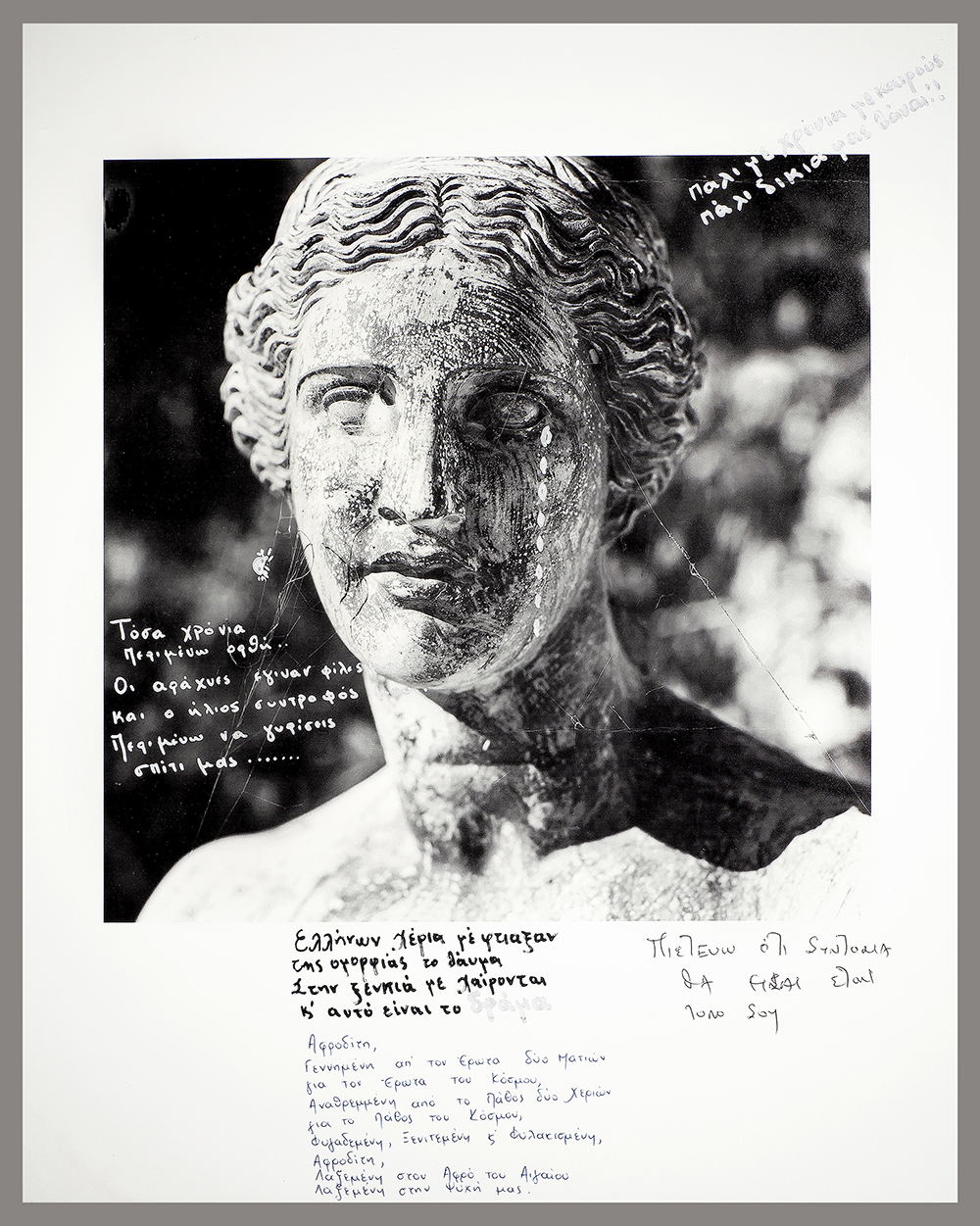 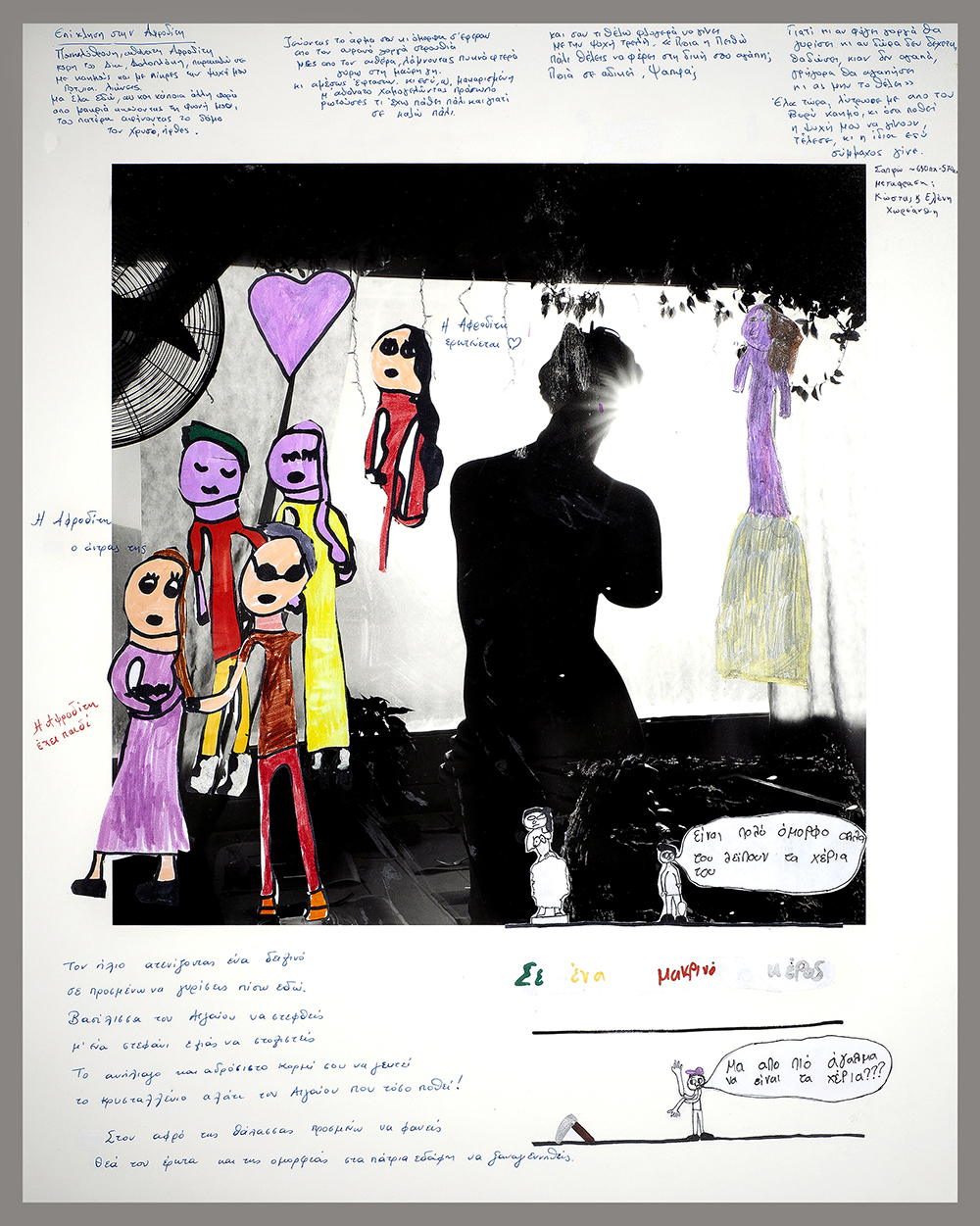 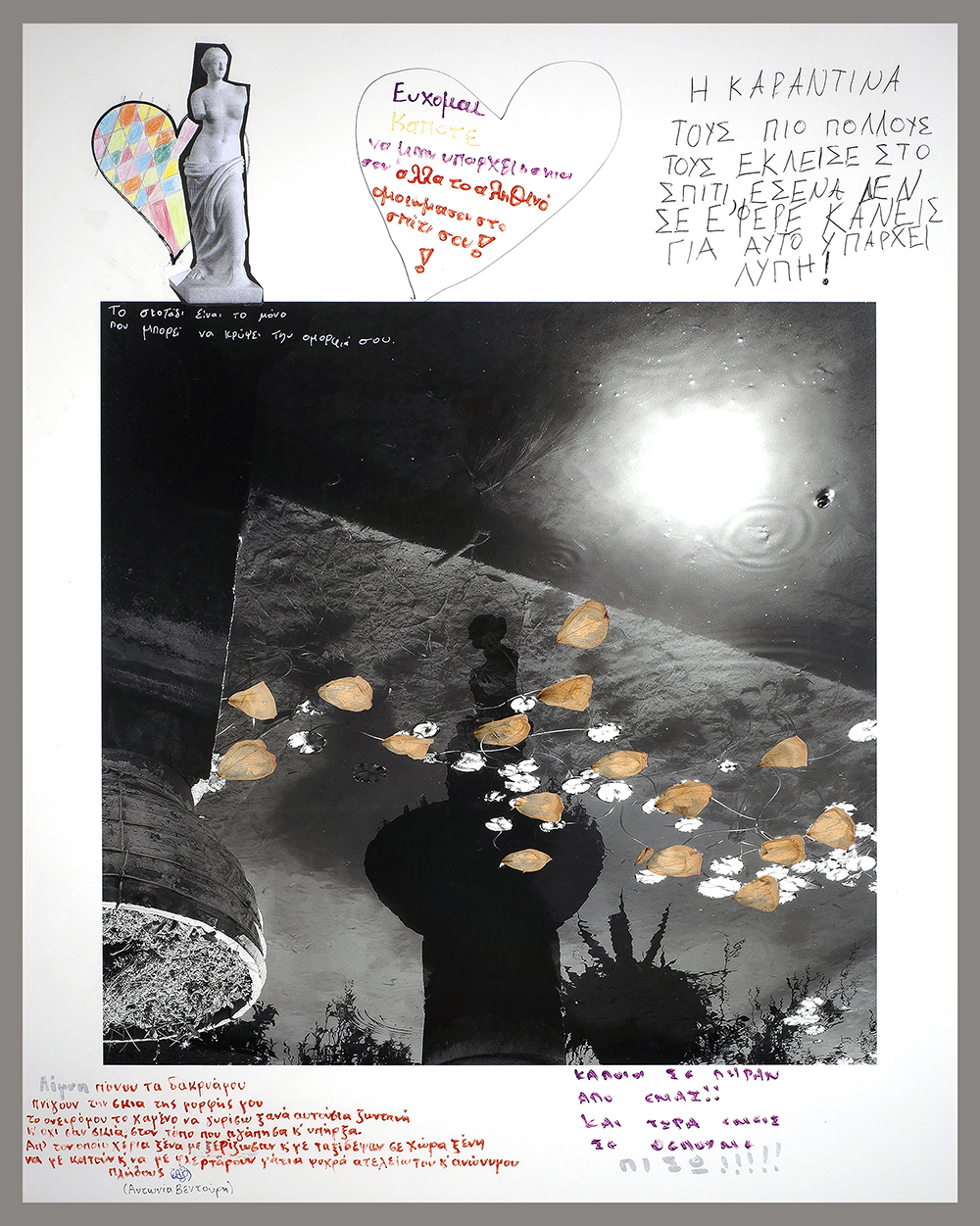 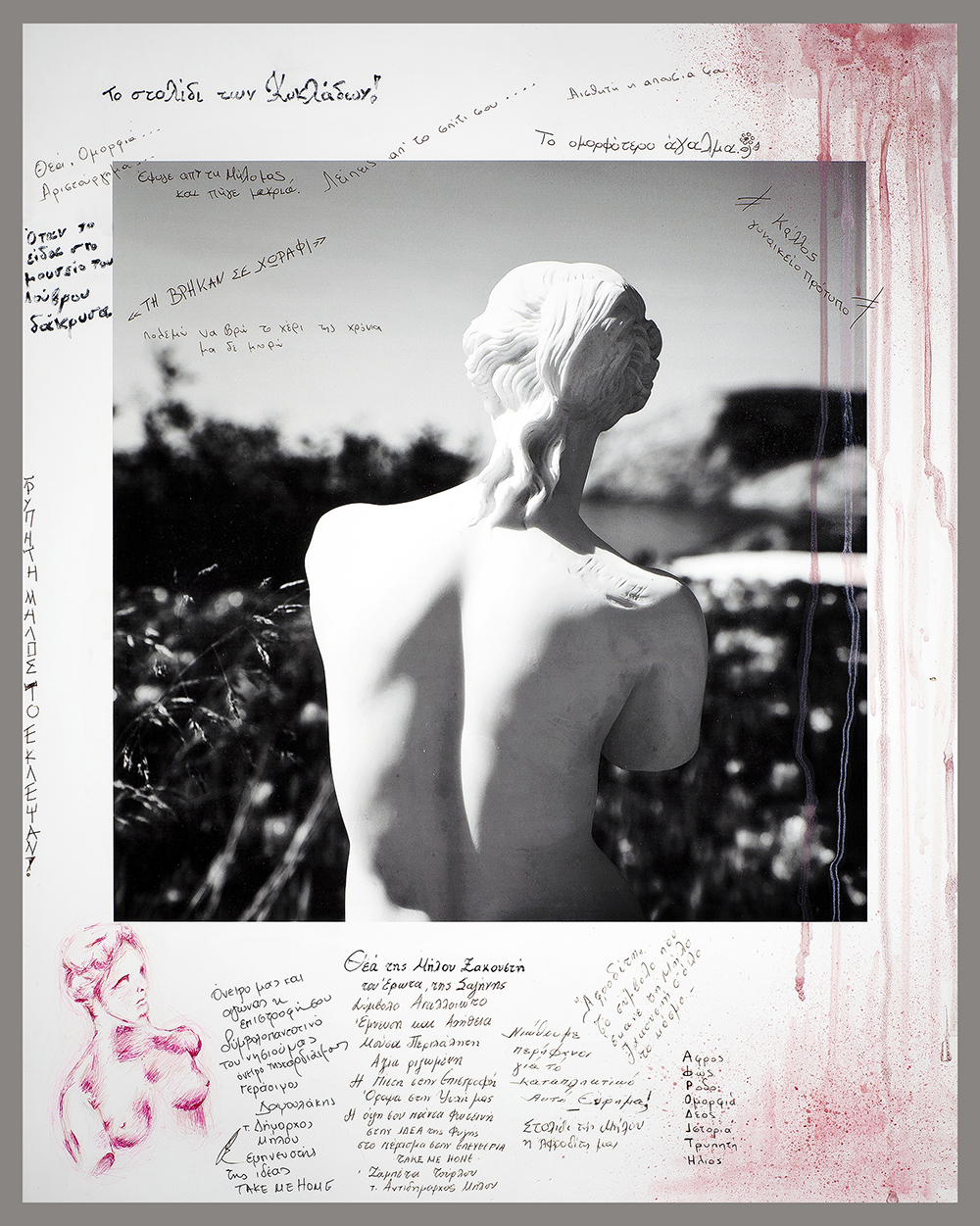 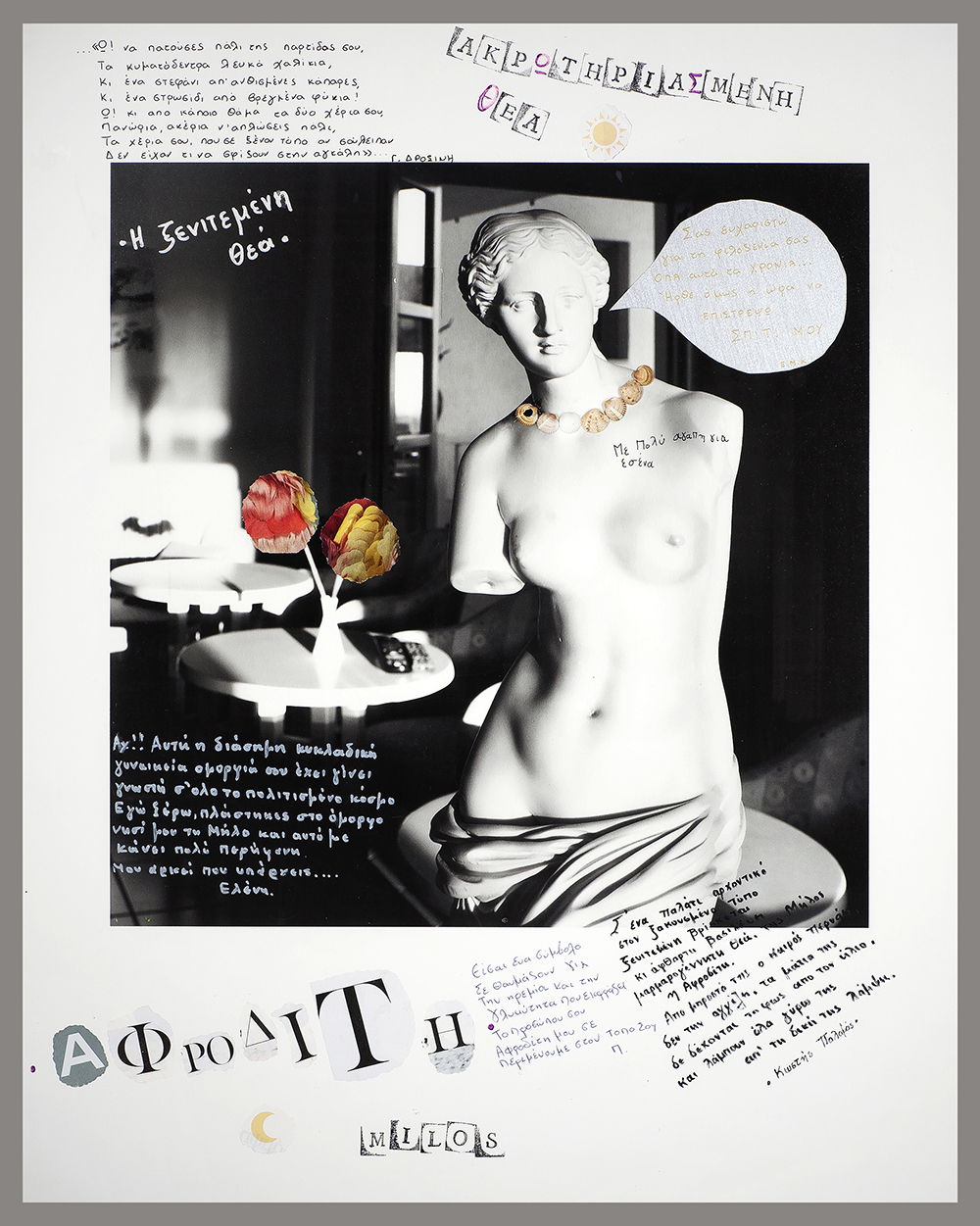 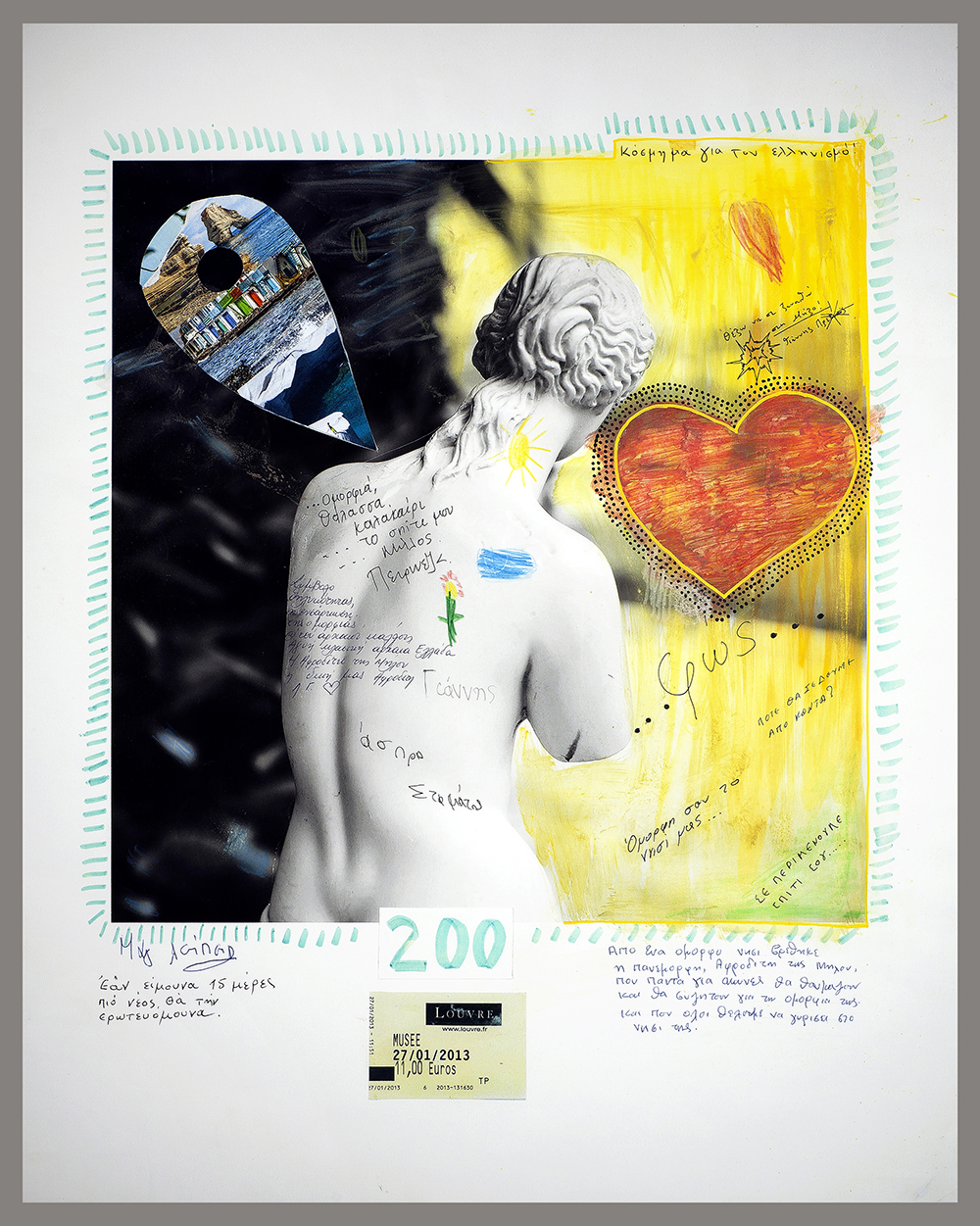 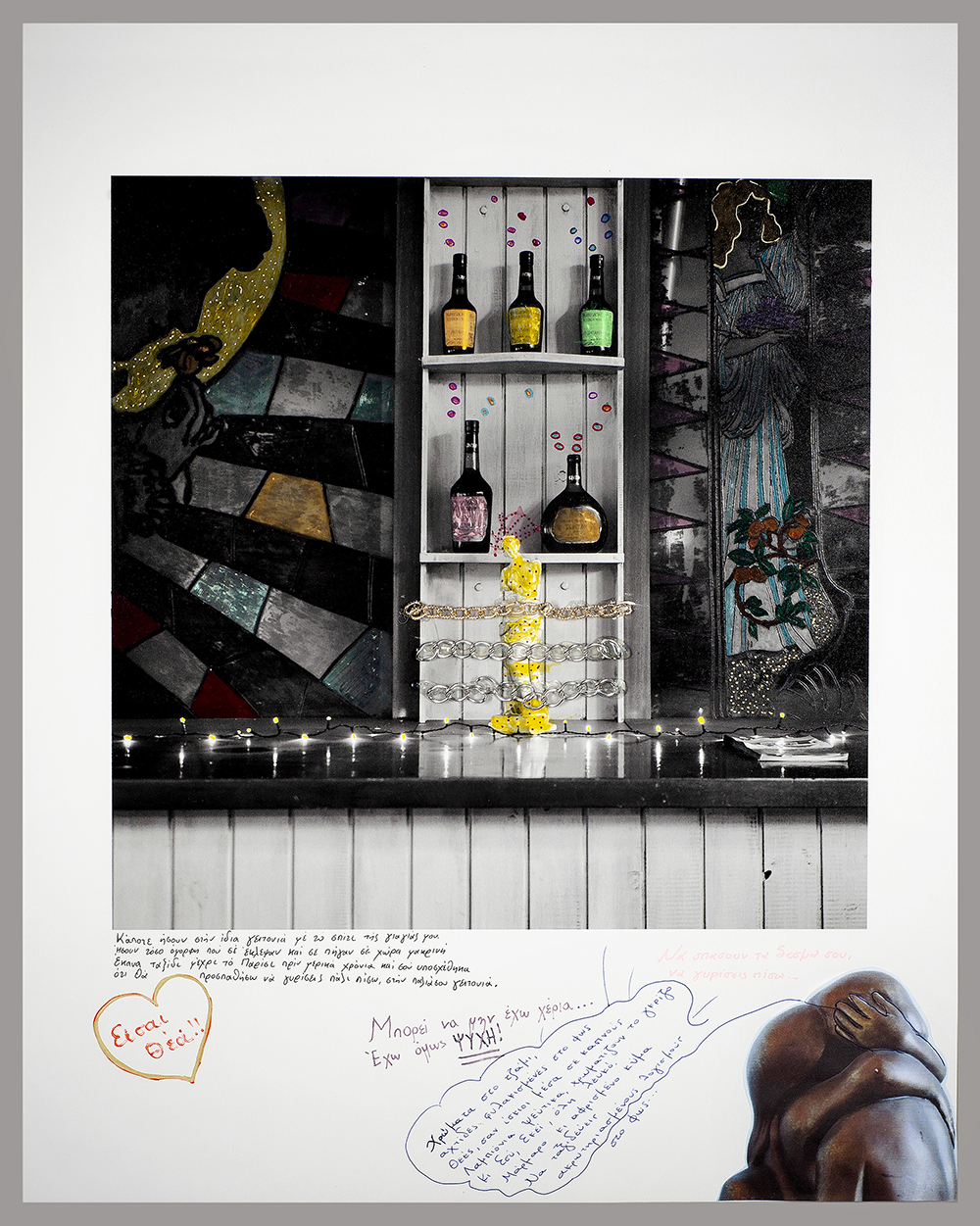 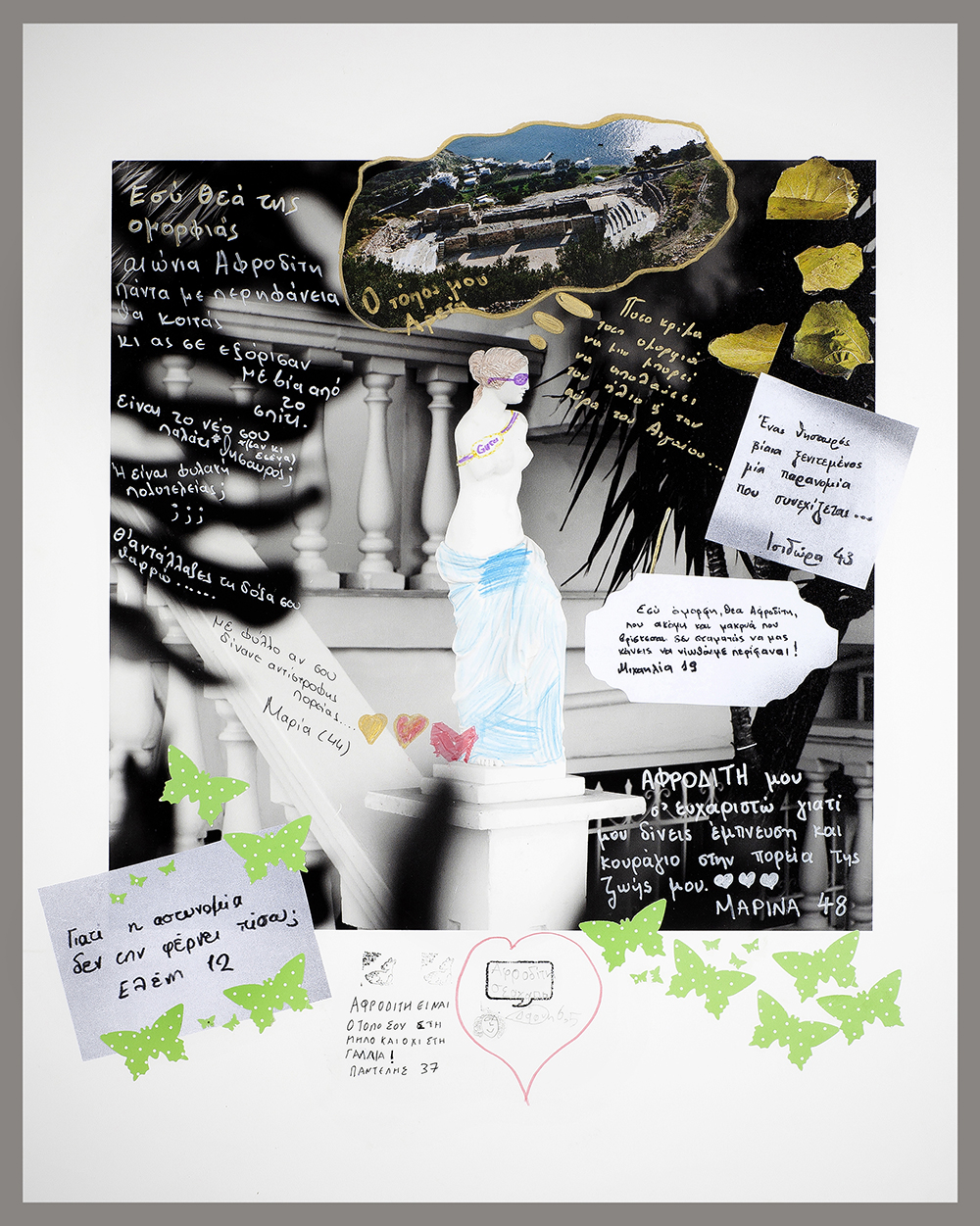 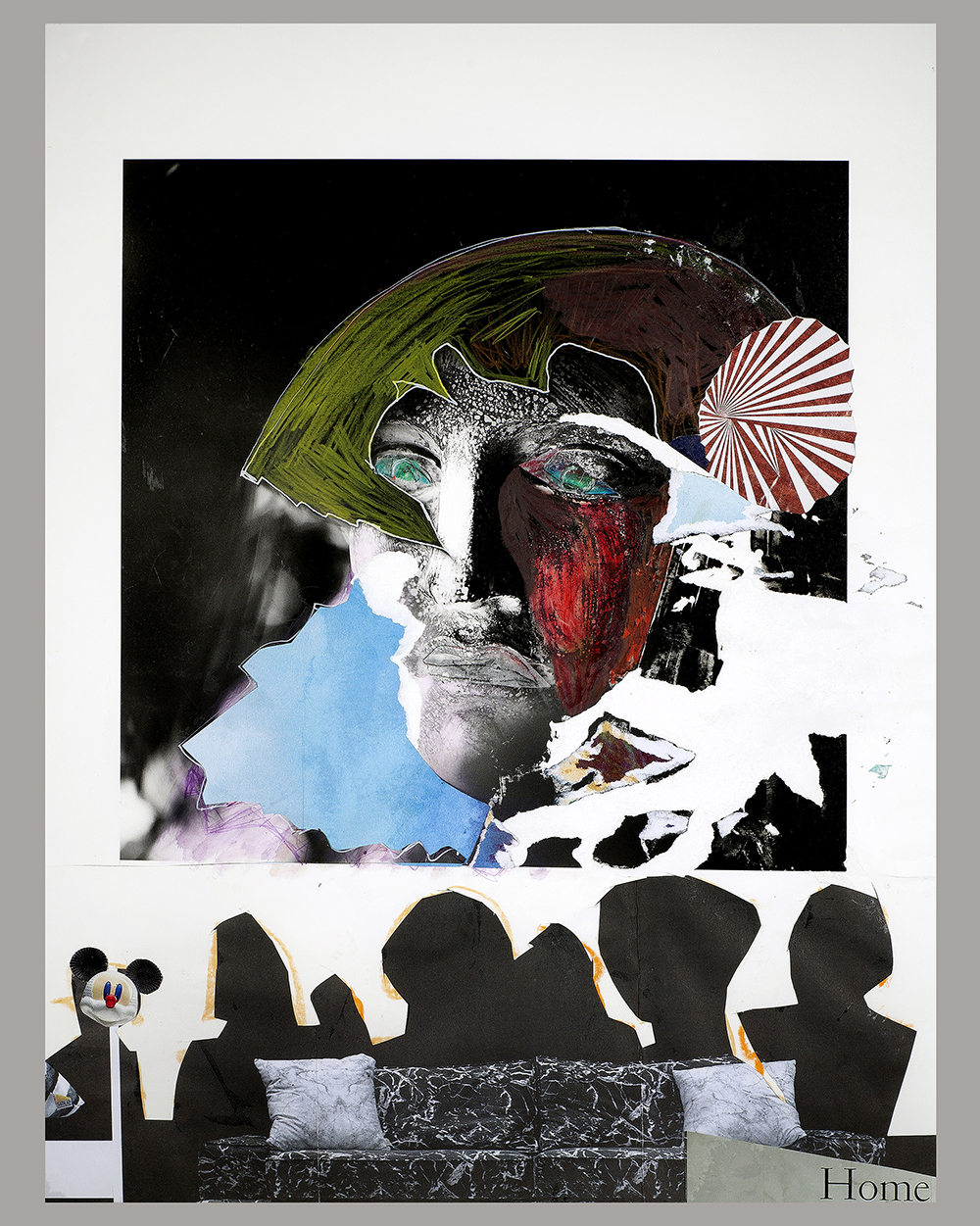 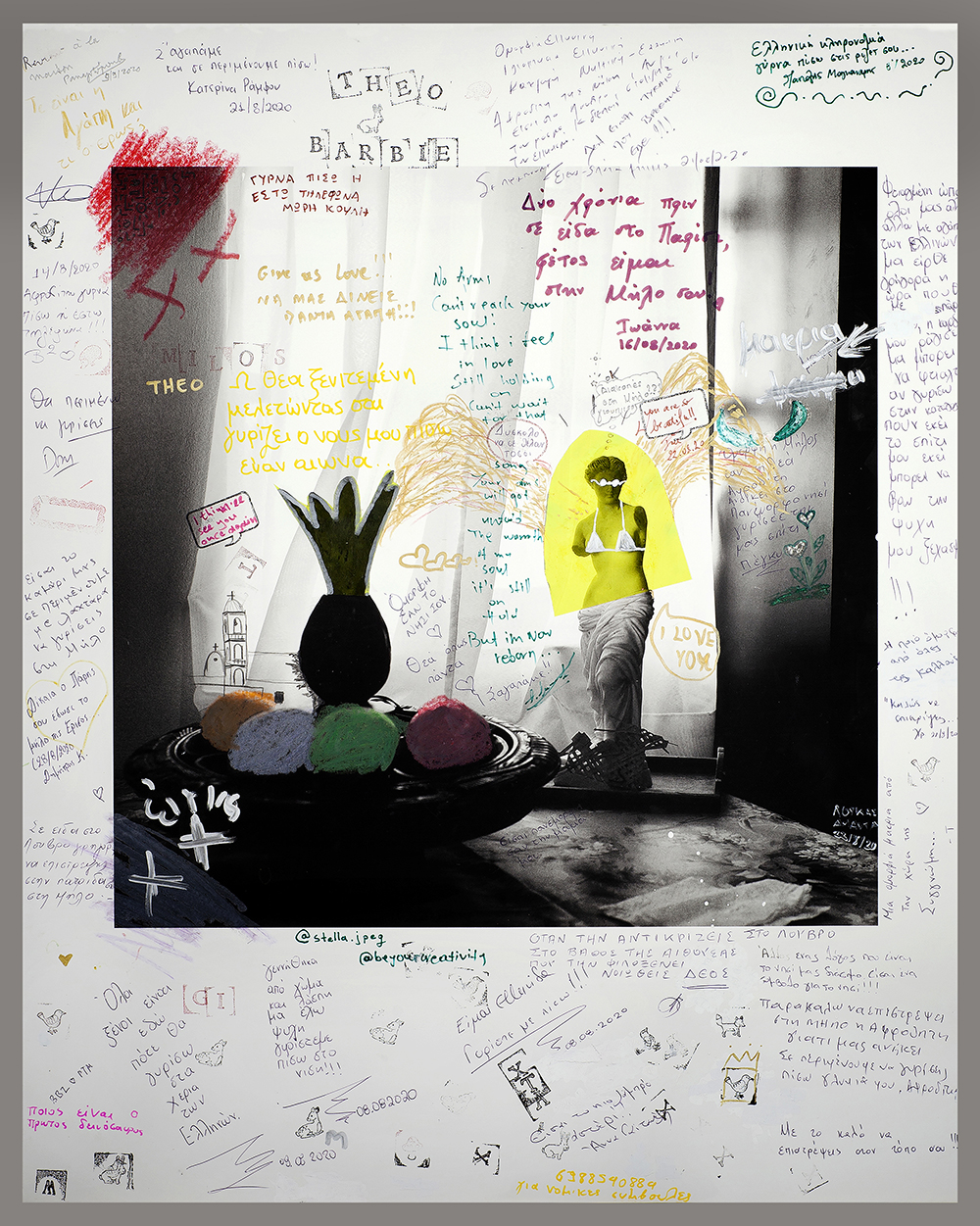 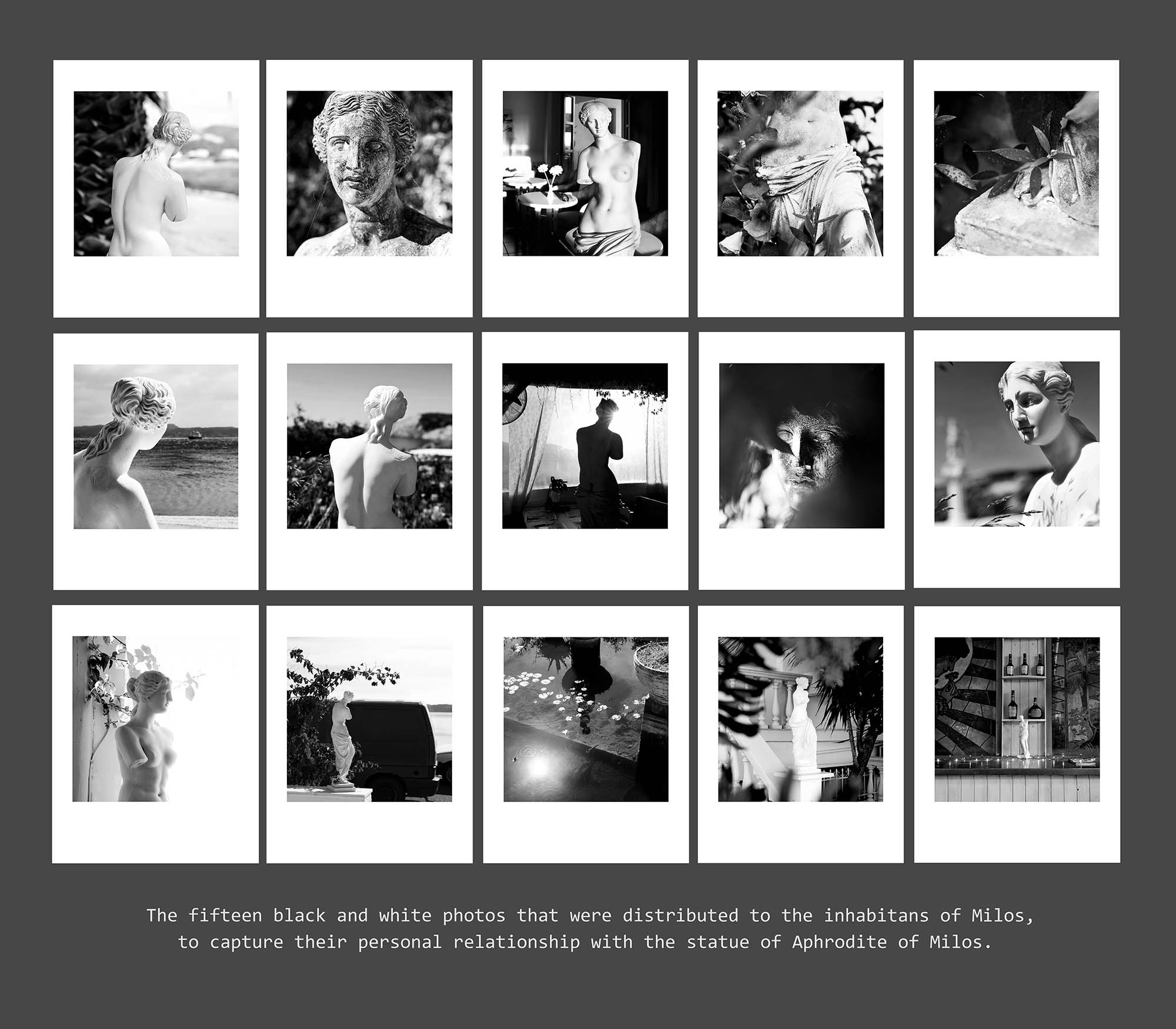